The mission of the Georgia Motor Trucking Association is to work to make Georgia the best state in the nation in which to base and operate a trucking company.

One of the trucking industry's most successful and broad-based trade groups, the Georgia Motor Trucking Association, has been promoting its members' interest in safety, business, and good government since its founding in 1933.

It is hard to imagine today, but in that earlier era, trucking was a new, paradigm-shifting technology. It promised to create more personalized, market-oriented freight movements by more engaged, nimble, and responsive companies than the few railroads that had long-controlled cargo. Independent though they were, those early trucking company entrepreneurs soon discovered that market disruption brought a political backlash. If this young industry was to survive and protect all the investments being made, and the very qualities that made it so potentially valuable, these leaders would have to band together. Something had to be done to ensure their competitors did not have sole access to the halls of power and the growing army of state and federal regulators. Thus GMTA was born of necessity.

Now, almost 90 years later, the industry has grown from market disrupter to market leader – moving more than 80% of all the freight moved in America. GMTA has gone from one part-time employee walking the halls of the Georgia state capital to a service-oriented government affairs organization. GMTA staff now works in all state and federal government areas, promoting safety and education programs and providing a spectrum of services to its membership.

In just the past few years, the association has won victories for members in defeating onerous state regulations, lowering taxes, and streamlining government-industry interaction. Thanks to GMTA's work, Georgia is one of the best states in the nation to base and operate a trucking company. The organization is constantly working to make it even better.

GMTA maintains an active calendar to help members network, hone skills, and work together. A typical year includes major events, regular meetings throughout the state, and hosts educational programs for its membership.

Truckers make good citizens, and GMTA helps ensure that as well. In any given month, GMTA members are likely to give their time to visit schools and civic groups to promote safety and community. With its membership's active support, GMTA regularly steps in to help in various charitable operations such as CURE Childhood Cancer, The Pediatric Brain Tumor Foundation, and the Gary Sinise Foundation.

But at its core, GMTA focuses on representing its members in the halls of government. The association has worked on fuel tax legislation, fought for the right of owner-operators to continue to run their businesses, and worked to help improve highway safety in specific corridors that experienced sudden increases in crashes. Simultaneously, GMTA maintains an active relationship with Georgia's congressional delegation and with the American Trucking Associations and ensures Georgia's thoughts, needs, and desires find their way into discussions at the federal level and in Atlanta.

Much of what GMTA does today could not have been imagined when it was founded by daring entrepreneurs decades ago, but much remains the same. Today, as it, in the beginning, the Georgia Motor Trucking Association exists to serve and benefit its members. Today, as in the beginning, it does so incredibly well.

Ed Crowell joined the professional staff of Georgia Motor Trucking Association in late 1992 and has served as its President and CEO since April 1993.

Crowell got his start in trucking when he closed his small freelance public relations and advertising firm to take on a role with what is now the American Transportation Research Institute (ATRI), then known as the ATA Foundation.

Ed’s political experience was already well-established before he GMTA. He earned a degree in political science from Liberty University and was in the process of adding a masters’ degree from Georgia State University in the same subject. Additionally, Crowell had worked in Washington, both for a U.S. Senator and as a staffer in the Executive Office of the President during the first Reagan Administration.

After two years with ATA, the opportunity to head up GMTA opened and Ed has been serving as GMTA’s President since. Along with fostering more than 25 years of positive legislative changes, Crowell has served on many committees of importance to industry. He has been a member of the national Anti-Terrorism Action Committee, a member of the Industry Policy Committee of the Georgia Regional Transportation Authority, as well as a member of Georgia’s Commercial Freight Advisory Committee. Crowell served on Governor Deal’s Severe Weather Advisory Taskforce and served a term as national chairman of the Trucking Association Executives Council (the group of all the trucking associations in country).

More locally, Ed has been involved in his Cobb County community as well. When his children were young he was a youth soccer coach. He has served in a variety of capacities in his local church over the years (from teacher to deacon) and served on the Cobb County Neighborhood Safety Commission until his election to the Board of Cobb EMC, the nation’s fourth largest electric cooperative. He is also on the Board of Gas South, one of the state’s leading gas marketing companies.

Curt Earnest is GMTA’s Chief Operating Officer, which means he’s involved in a lot of different things. Curt has oversight of general operations including management of GMTA’s headquarters building and tenant relationships, the association’s financial accounting and the Georgia Truck Driving Championships.

Curt also has responsibility for GMTA’s IT areas. His knowledge of information technology has benefited the organization allowing for modernization and lowering costs of member management tools, accounting tools, as well as general IT operations.

Curt first joined GMTA to build and develop the operating structure for recruiting, training, marketing, and communications related to Highway Watch, a federally sponsored anti-terror training program for the trucking industry. His work was recognized nationwide as GMTA trained over 100,000 commercial driver’s license holders and was noted as the most efficient and effective Highway Watch training group in the nation.

Prior to joining the GMTA Curt held several leadership positions. He owned and operated a remodeling firm with his brother. Before that, Curt worked for IBM where he held various Support, Sales, Sales Management and Marketing roles in IBM's Enterprise Systems Group when he started with IBM in 1993. He was Brand Marketing Manager for the iSeries in the North America Sales Centers and a Project Manager for the Gold Service Sales Team, NA Sales Center in Atlanta; working with IBM’s largest accounts. He was the named Sales Manager of a newly formed Year 2000 Sales Team for the NA Sales Centers; a team Curt built and structured from scratch.

A native Georgian, Curt graduated from Walton High School in Cobb County and he earned a B.S. in Business Communications with an emphasis in Marketing from Kennesaw State University in Kennesaw, GA.

Curt and his wife Jan live in Marietta, GA and have three adult children. They are active members of the Church of Apostles in Atlanta, GA. Curt is a Board Member of the LGE Community Credit Union based in Marietta, GA. In his free time, he enjoys spending time with his family, working on cars, and home improvement projects. 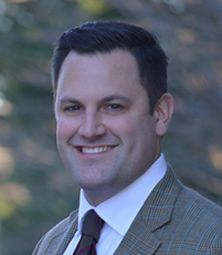 Nathan Goolsby joined the staff in January of 2017. He has an associate’s degree in business administration from Gordon State College in Barnesville, GA, and a B.A. in history and political science from Georgia State University.

Nathan brings a solid history of sales and development work to his position at GMTA. While in school at Georgia State, Nathan worked in sales for H. Stockton Atlanta handling in-store sales and merchandising. Upon graduation, he joined the Tom James Company in an outside sales role selling clothes to executives throughout the city of Atlanta. During his time with the Tom James Company, Nathan attended an extensive sales school in Pennsylvania and obtained valuable experience in outside sales and brand marketing.

He has some unique work experience along with his commercial background. Nathan left the Tom James Company in 2014 thinking of attending law school, but instead was offered and accepted a chance to join the Ga Dept. of Corrections (now the Ga. Dept. of Community Supervision) as a violent felony probation officer. As a certified state law enforcement officer, Nathan served the state of Georgia by performing warrant and drug operations, and serving as the Drug Court Officer for an Atlanta Metro county.

After leaving the DCS, Nathan returned to H. Stockton Atlanta to get back into his first passion which was sales and marketing. Nathan brings passion and enthusiasm to the Georgia Motor Trucking Association, which he hopes will help grow the organization in the years to come. In his spare time, Nathan enjoys playing golf, duck hunting, and most importantly spending time with his wife, Kristin, and their sons, James and Thomas. They live in Marietta, Georgia. 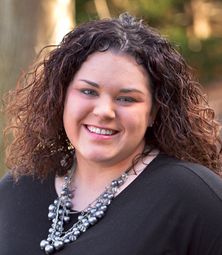 Emily Crane joined the association as a summer intern in 2005 and has advanced through several roles to her current position. Prior to joining the association Emily managed a flower and interior design shop in Roswell, GA., was an instructor for Wilton and had her own custom cake and invitation business, all while earning her college degree.

Emily’s primary responsibility is working with the staff to plan events that allow members to further their education on the ever-changing trucking industry and to ensure members get the best care from GMTA when it comes to their interactions with the association. “A valuable benefit of being part of GMTA is access to the events, meetings and trainings that we host,” she notes. “Having a hand in creating value through these events and environments for our members is a privilege and I look forward to getting to do this part of my job every day.” She also is responsible for the marketing and outreach efforts of the association.

Emily’s role has her involved with the GMTA’s Safety & Security Council as well and that blends nicely with her other passion -- racing. She regularly assists in coordinating events for several racing and karting organizations, Atlanta Motorsports Park; Rides to Remember, an annual charity event for childhood cancer patients.

Emily has a B.S. in communications with an emphasis in public relations from Kennesaw State University. She also completed her Certified Meeting Professional certification in 2013 from the Convention Industry Council. She and her husband, Phillip, live in Marietta. Phillip is a counselor at Mill Creek Middle School in Woodstock and a professional racing driver and instructor. They spend most of their free time at the track, traveling with their race team and spending time with friends. Emily serves on the leadership team for Lazarus Ministries, a homeless ministry in Atlanta, and enjoys baking, decorating and crafting.